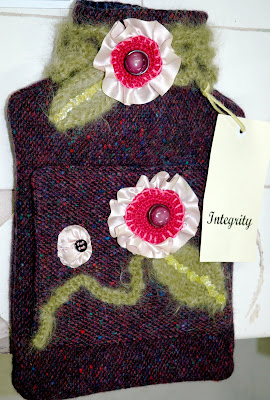 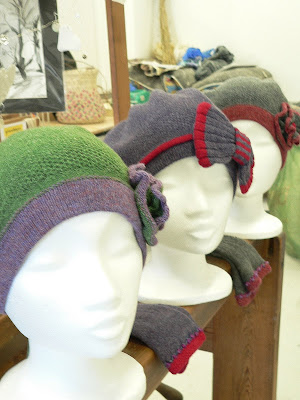 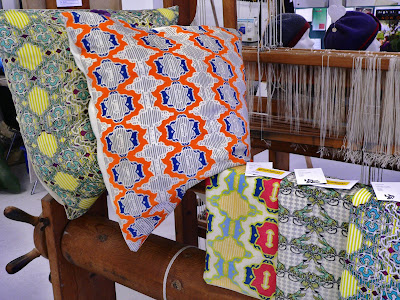 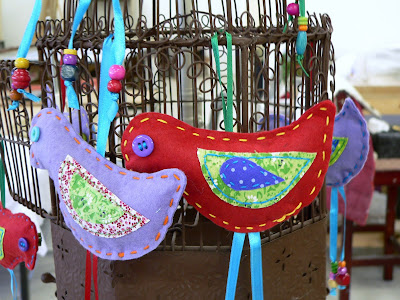 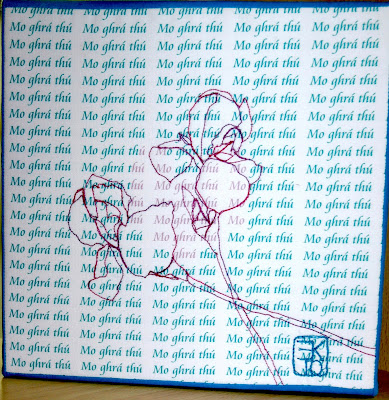 These are just some of the products now on sale at the new craft space at Galway City Museum, Spanish Arch, Galway. You are invited to come to the official opening by James Harald (Galway City Arts Officer) at 3pm on Saturday 11th December. It is a special celebration too as Groundworks Studios is officially 1 year old in December! And what a year it has been. Here are just some of the successes of the group:
 Following an exciting launch exhibition at Groundworks Studios in December 2010, the group quickly transformed the space to accommodate 15 full time studio members.
 Further fund-raising secured shared equipment such as a kiln, textile-printing equipment, studio furniture, etc.
 “Random Shuffle”, an exhibition of textile, ceramic and mixed media artwork took place in an unoccupied retail space in Abbeygate Street in July.
 Participation in Heritage Week with “Open Week’ at the Studios.
 A series of workshops in ceramics, textiles and creativity was launched in September, which brought members of the public into Groundworks Studios to learn new skills. For further information on ongoing workshops contact Emer on 087 4172029.
 Participation in Galway Culture Night in collaboration with other artists at Niland House Gallery, Merchants Road.
 In October, Groundworks Studios participated in the SCCUL Enterprise Awards at the Ballybane Enterprise Centre. Here the group’s display of work attracted a lot of admiring attention.
 In November the group launched “Open Studio” every Thursday from 12 until 6pm until December 16th.
 Individuals within the group have also been involved in the Crafts Council of Ireland’s Future Makers and CraftEd Programmes, Showcase Ireland, features in magazines such as House and Home and Galway Now, interviews on Galway Bay FM and involvement in other group exhibitions at home and abroad.

You can follow the group’s activities on Facebook or at www.groundworksstudios.com. If you would like to support the group in its future plans please contact Emer on 087 4172029 to become a “Friend of GroundWorks Studios”.
Posted by Ester Kiely at 2:58 AM